Maps and Diagrams – PAGES IN CONSTRUCTION

Maps and Diagrams – PAGES IN CONSTRUCTION 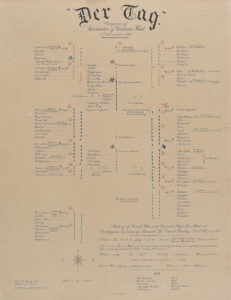 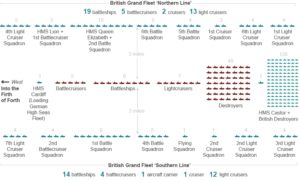 To escort the German ships into Rosyth prior to their internment at Scapa Flow, a massed force of British and American ships met them at sea. 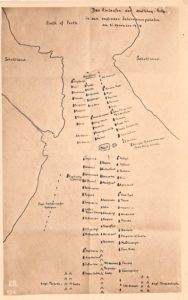 The German Fleet was assigned specific locations once they arrived and weighed anchor in the Firth to facilitate Allied inspections organised by Vice Admiral Sir Charles Madden. 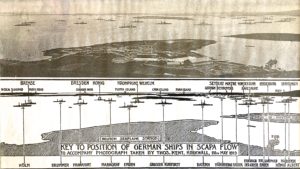 Photographed on May 28 1919. Courtesy McCrone Family.

Looking out south from Houton, the ships of the Interned German Fleet were positioned to the east and west of Cava island and the Torpedo Boat Flotilla further south, between Rysa Little and Fara. 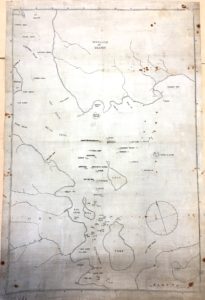 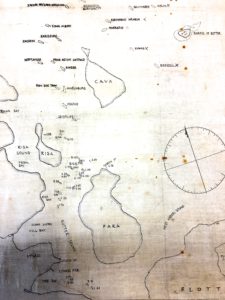 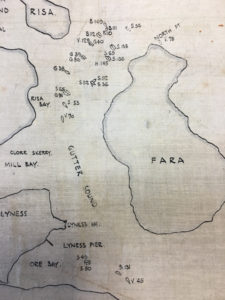 In Kirkwall Library and Archives, you can look at S C George’s sketches used for his book, Jutland to Junkyard. 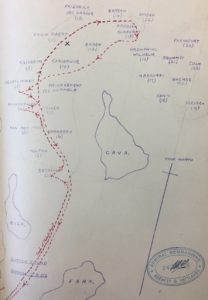 In the National Archives, you can look at Burrow’s sketch of how he and another officer went between the sinking German ships on 21 June documenting one of the most extraordinary events of the age. 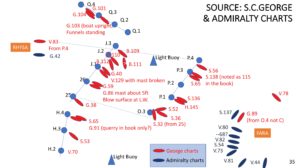 Using materials from the National Archives, from S C George, Burrows and others, the author has pieced together what the disposition of German ships might have been on the morning of 21 June, 1919