Jutland and the Navy Paintings

Sometimes the feeling of Jutland was captured even more in painting. There was no film footage taken during the battle by either side and there exists now surprisingly few photographs as well.

Partly it was policy. Jellicoe himself did not like journalists around the ships of the Grand Fleet. He was always worried about security concerns.

The signing of the Armistice in a railway carriage in Compiègne was used again in 1940 by Hitler to take the French surrender. 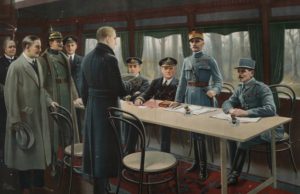 In another railway carriage, the Kaiser headed north into exile in the Netherlands. Along with 52 other carriages carrying paintings, furniture and silver from the Hohenzollern Palaces. 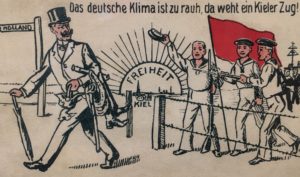 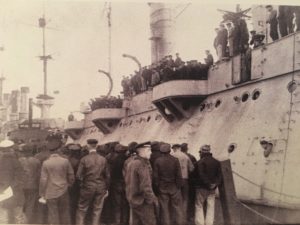 The Independent Social Democrat, Gustav Noske, addressed returning submariners in Kiel during the stormy days of the November 1918 sailor’s mutiny.

Noske was considered a traitor to the Revolution. Design by Franz Reiß between 1950-1970. The Sailor’s Uprising Kiel 1918.

In the later painting, he has been removed in some later commemorative DDR art (this painting by Franz Reiß) as he was considered a traitor to the revolution. Slowly his intervention cooled the revolutionary zeal. in many minds, his party had hijacked their revolution. Again, an East German interpretation – this time in film – of the German revolution’s roots in the naval mutiny. 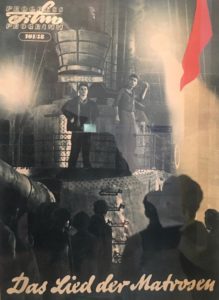 After terms had been agreed by Admiral Hugo von Meurer, the Fleet is readied. All ammunition and torpedoes are taken off, guns are disabled and sighting systems removed. Here one of the ships waits the final journey. 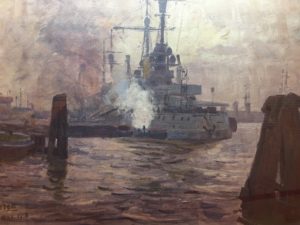 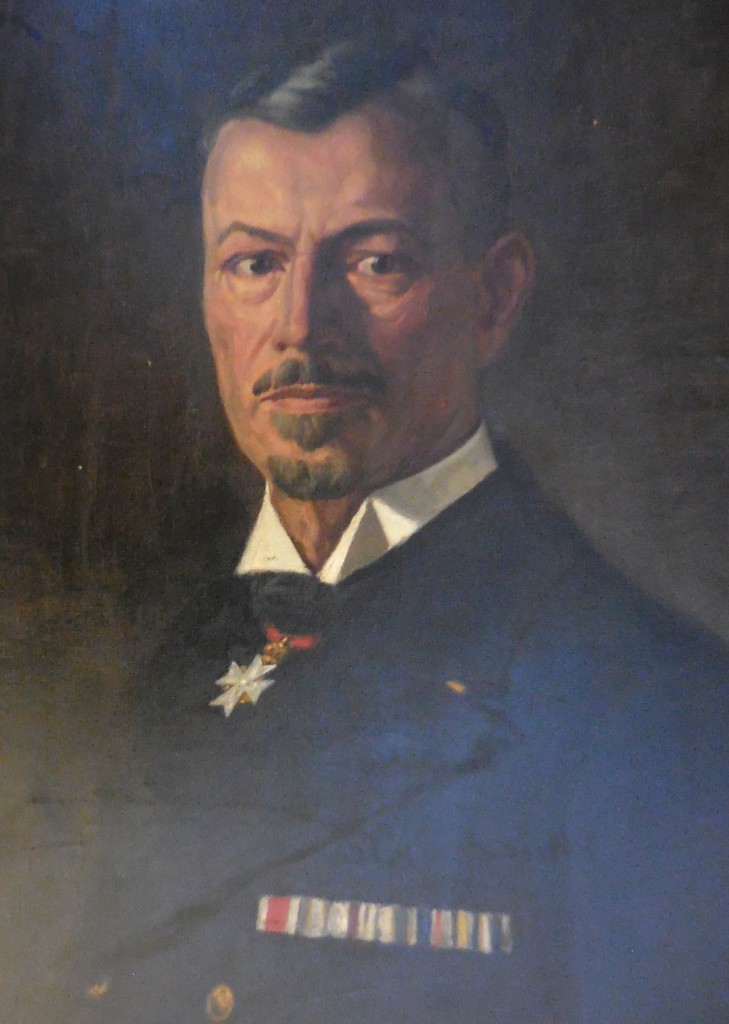 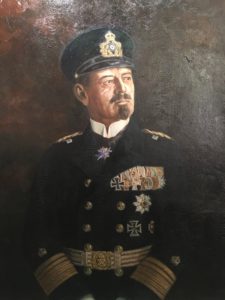 The painting of Admiral Franz, Ritter von Hipper stands in the German Naval Academy at Mürwick on the border with Denmark. Mürwick was where, after Hitler’s death in may 1945, Admiral Karl Doenitz was captured.

Under darkness, Admiral Hugo von Meurer, assigned by Hipper to represent the German Navy in the discussions with Beatty and his staff on the details of the Internment, arrives on HMS Queen Elizabeth. The artist, Lavery, was disguised in a naval officer’s uniform and captured the desolate scene. 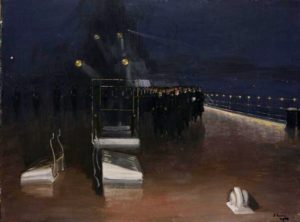 von Meurer is led to a cabin – set up with cinematic exactness – where he meets Beatty, Madden and Tywhitt. Beatty demands his credentials be confirmed by Germany. 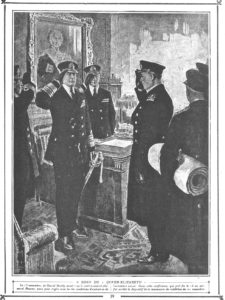 The procession of ships from the High Seas Fleet under way on what would turn out to be its last journey. Until they reached Roysth on the Firth of Forth, no one knew that Scapa Flow would be the final destination.

Bernard Cribble. The arrival of the HSF at the Firth of Forth seen from a US battleship. Admiral William S Sims is watching, holding a pair of binoculars. HMS Cardiff is leading the German ships. 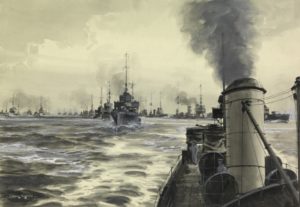 As 14:57 Beatty orders the German Imperial Flag lowered and for it not to be raised again without his permission. 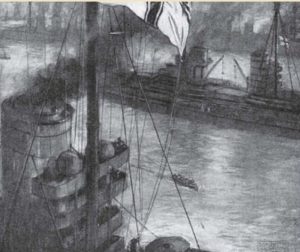 Drawn from HMS Resolution by Douglas MacPherson as the Germans lower the Imperial flag on November 21 1918 (From “1918 The First World War in Photographs: End Game”) 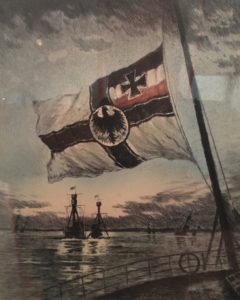 All that remains on the Flow might be just the funnels of the Hindenburg but the message here is that German honour has been preserved.

Wilcox came from a working class background. He’d won an early scholarship and when the war came, he joined up in the Navy where his skills were soon recognized and he was sent to help with naval camouflage. 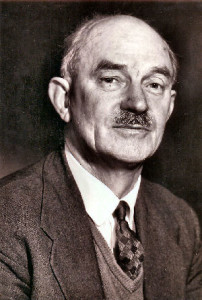 Bohrdt fell in love with the sea from an early age. His painting was helped by the support given to him by Kaiser Wilhelm II who had him accompany him on several trips. He is best knwon, probably, for the propagandist feeling of his paintings, exemplified by « The Last Man ». 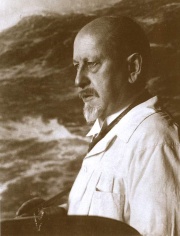 The Munich based painter’s sense of realism comes from the fact that he spent much time with both Hipper’s Scouting forces as well as with the submarine forces. Bergen’s early association with the Nazi party and the praise he received from Hitler should not detract from the quality of his work. 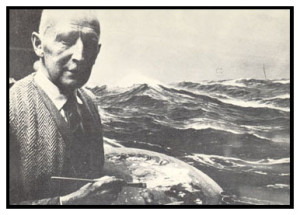 Whyllie’s father and brother were painters and he is seen as probably the leading maritime painter of the period. His subjects were broad – from Trafalgar to Jutland and to maritime subjects on the Thames. 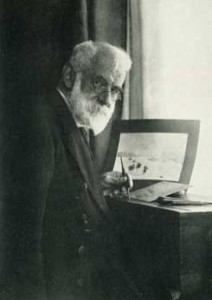